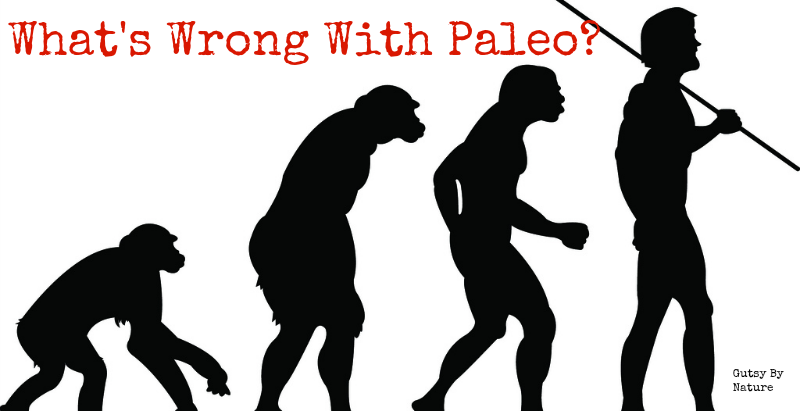 If 2013 was the year of paleo going mainstream, then it looks like 2014 may be the year the mainstream starts fighting back with criticisms of the paleo diet.  First, US News and World Report released its annual rankings of the best diets of the year with “paleo diet” coming in last place and getting panned by the magazine’s experts in virtually all of the categories. Then the widely respected author and real food defender Michael Pollan said in Mother Jones that anyone who claims to know what our paleolithic ancestors actually ate is just “blowing smoke.”

They say there is no such thing as bad publicity, but that hasn’t stopped followers of the paleo lifestyle from bristling under recent criticism of our way of eating. Loren Cordain, author of the original book The Paleo Diet, retorted that the ratings “represent nothing more than the subjective rankings of 32 popular diets by a group of professionals, ultimately hand-picked by the editorial infrastructure at USNWR.”

Taking a more snarky tone, Nell Stephenson, author of Paleoista, posed the rhetorical question: “May I start by asking how much credibility we give this list which includes Jenny Craig and The Biggest Loser Diet amongst the top 10?”

In response to the Mother Jones article, Diana Rodgers , author of Paleo Lunches and Breakfasts on the Go, criticized the journalist for overplaying Pollan’s comments on paleo specifically and wrote a fabulous point-by-point defense of the paleo diet on her blog Sustainable Dish. In response to the idea that we claim to know what a true paleolithic person’s diet was, she wrote that “we are not trying to reenact this lifestyle, but instead strive to consume those foods which are in their most natural state, nutrient-dense, and which cause the least amount of harm to the body.”

I’m not going to join the chorus of paleo defenders because these folks have done such a great job of that already. Instead I want to share some of the criticisms leveled against the paleo diet that I actually think are valid… (and also why they haven’t changed my mind!).

1. There was no single paleo diet.

Michael Pollan is right – anyone who claims to know exactly what our paleolithic ancestors ate is “blowing smoke.” Geography, seasonality, shifting weather, cultural norms and more affected what was available and therefore what was eaten as part of the “paleo standard diet.”

We see this in the traditional diets eaten by more modern groups (who all maintained excellent health until they were introduced to industrialized food). For example, the traditional diet of Aboriginal Australians consisted mainly of animal products along with a variety of plants, but the composition varied depending on whether they lived in the lush subtropical coastal areas or the harsher desert interior. The Inuit in the Artic subsisted on a diet that is very high in fat and protein. The Kitavans of Papua New Guinea ate virtually the opposite diet, consuming mainly root vegetables along with fruits, vegetables, fish, and coconuts.

Critics who say that we can’t eat a true “paleo” diet because the foods available to us today are not the same as those our ancestors had access  to are also correct. The grain-fed meat and factory produced eggs, hybridized or genetically engineered vegetables, and pesticide laden fruits that line our supermarket shelves are nothing like the wild game, foraged tubers, and wild berries the hunter gatherers of the past would have had. To approximate the diet, the modern paleo eater has to seek out grass-fed meats, eggs from chickens living on pasture, and organic fresh fruits and vegetables. Which brings us to criticism #2…

Yes, it is hard to eat a diet comprised only of nutrient dense real foods in our modern industrialized society, especially if you don’t have a lot of kitchen skills, are very busy, or have a palate that is used to eating only highly processed convenience foods. The other day I was sitting in the parking lot of a McDonald’s (using their free WiFi in between business meetings) and saw a steady stream of cars entering the drive through, collecting bags of mass produced edible substances that supply them with calories but little else. The paleo diet would be a major paradigm shift for most of those people and would indeed be “hard to follow.”

To be successful on a paleo diet, you really have to cook (although there are meal delivery services in most metro areas and some that even ship throughout the country). You have to change your shopping habits and stick to the perimeter of the supermarket and bring those fresh foods home and turn them into real meals. That can be quite intimidating if your previous idea of cooking was preheating an oven for a frozen pizza. And forget about easy takeout food. With very few exceptions, you will not be able to pick up the phone and get a paleo-friendly meal delivered to your house in 30 minutes or less.

Compared to how easy it is to eat a crappy diet today, eating a healthy paleo diet is difficult. And part of that difficulty directly relates to criticism #3.

3. The paleo diet is expensive.

Why is quality nutrient dense food so expensive? Only because the crappy industrialized stuff that comprises the bulk of the the standard American diet (which goes by the perfectly appropriate acronym SAD among paleo and real food foodies) is so cheap by comparison today. Government data shows that the overall cost of food has dropped by 82% over the last century, due to industrialized food processing that makes it possible to produce calories much more cheaply, commodity subsidies from the government making it cheaper to grain feed cattle and other animals rather than raise them on grass, and fierce competition between large food corporations all going for what they call “stomach share.”

Contrast that with the food recommended on a paleo diet. Grass fed beef sounds like it should be cheaper (grass is free, right?) but because of the economies of scale, the massive corporate beef producers can sell their product at a very small profit margin and still make money, especially because the corn they feed the cattle is dirt cheap due to the previously mentioned government subsidies. Michael Pollan (yes, the same guy) wrote a fantastic article about this issue in a 2002 cover story in the New York Times Magazine called “Power Steer.” The same issues of economies of scale applies to organic fruits and vegetables.

4. There’s no guarantee that the paleo diet will work.

Whether your goal is to lose weight, treat or manage a chronic disease, or just improve your health, there is no guarantee that the paleo diet will deliver. This is especially true if you are just blindly following an “expert’s” diet or menu plan without taking into consideration your own unique needs in terms of lifestyle, health history, and general constitution. As already established in criticism #1, there really was no one pre-agricultural era diet. Just like our ancestors, one’s diet should reflect what our genetic makeup evolved to thrive on – which can be tricky since most of us have mixed genetic backgrounds as well as decades of damage from eating the wrong foods behind us. Unfortunately, there is no magic formula.

Similarly, there is not one single scientific study that unequivocally proves the efficacy of the paleo diet. The scientific understanding of the diet continues to evolve over time, based both on research and anecdote. Nutrition studies are notoriously unreliable because they usually rely on participants to accurately recall what they ate and how much. People are notoriously bad at this as they fall prey to just poor memory and their own bias as to what they “should” have been eating.

Does any of this matter?

For me? No. I understand that this is not historical reenactment but simply a template to guide food choices. I enjoy cooking and much prefer the taste of food made from fresh real ingredients to processed fake stuff anyway. I am willing to pay more for good food and have some strategies for making this work on a budget. And I know it works for me, no matter what the scientific studies may say.

I want to do paleo anyway. Where can I get more information?

That’s what I like the hear! These are valid criticisms and I don’t want them to keep others from at least giving this way of eating a shot. I didn’t know it would work when I started, but I committed to myself that I could do anything for 30 days and there would be no harm in at least trying. If you are just getting started, or thinking about trying the paleo diet for weight loss, disease management, or general health, here are some resources from my favorite bloggers to help you out:

To better understand what “the paleo diet” really is:

Recipes and tips that make an easy transition to a paleo diet:

Information on the benefits of eating a nutrient dense, whole food diet (AKA “a paleo diet”): 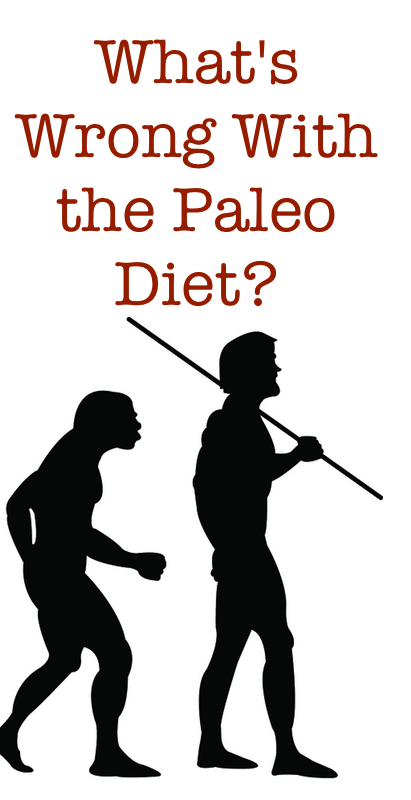 4 replies on “4 Valid Criticisms of the Paleo Diet”

Can’t even believe you write anything with an authentic clever informed opinion. Those were the four stupidest reasons for opposing the Paleo Diet. You must have been crunched for time to deliver something. It’s a shame, this will be greatly noticed. You have forgotten you are speaking to a better informed audience of readers. We actually expect someone to say something worth listening to. Congratulations, you actually promoted cheap easy fast food. And, as you said, that’s no problem to you.