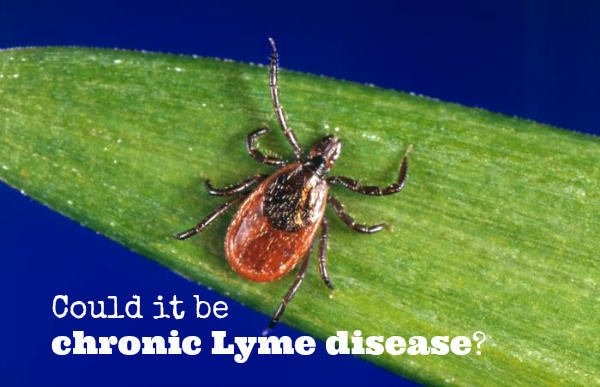 First I blamed it on the shoes.

Just a sprain? Or something more?

I bought totally cute but ridiculously impractical, high heeled, red patent leather shoes to celebrate my 40th birthday in July, 2015 and insisted on wearing them for three straight days, even though they made my feet and ankles hurt like hell. I thought the pain was temporary and would fix itself when I went back to being sensible about my footwear, but instead it just steadily got worse. A couple weeks later an urgent care doctor diagnosed it as just two bad sprains and reassured me the injuries would heal with rest and time. After two months I was still hobbling around in agony, so I went to a podiatrist who said it was tendonitis and prescribed 8 weeks of physical therapy, which eased the pain, but didn’t make it go away. And then muscles in my legs, back, and even my arms started hurting and I was feeling exhausted almost all of the time and sleeping even worse than normal.

All of this happened right around the same time I had switched to a different biologic drug for management of my Crohn’s disease, so I hoped that the non-healing tendonitis and the muscle pain was merely a side effect of that. I consulted with my gastroenterologist and he agreed to switch me back to the medication I was on previously. Unfortunately, that proved to make no difference, and by January I was starting to fear this mysterious pain was going to be with me forever. Conventional doctors were no help, always reassuring me that it was not a sign of anything serious and that it would get better with time, or encouraging me to take pain killers so I could live with it, which I did when it got too bad but knew was not a long term solution.

Finally, after suffering for over six months, I went to see a functional medicine doctor who was recommended by a friend. She ran a bunch of lab tests and discovered, among other things, that I had some of the antibodies for Lyme disease. She explained that according to the standard guidelines, my test result would not be considered positive for active Lyme disease, but it showed at the very least that I had at some point been exposed to the bacteria that causes it. This isn’t particularly surprising since for the first 30 years of my life I lived in Wisconsin, where deer ticks infected with the bacterium Borrelia burgdorferi are rampant, and I have returned for frequent visits, including in May, 2015 – just prior to the onset of these symptoms.

As I begin to learn more about this condition, I am discovering that there is a huge amount of controversy regarding diagnosis of Lyme, and much of it appears to be more political than based in real science, which is very sad to me.

Given my symptoms, history of tick bites, and test results, my doctor advised I start an herbal protocol for chronic Lyme, which I am now three weeks into. I am also taking vitamin D3, magnesium, and other supplements intended to help reduce inflammation and better control my Crohn’s disease activity. It is too soon to pass judgment, but the last few days I’ve finally felt like maybe things are starting to improve, though it is impossible to say which element of the treatment could be the cause.

Is there a Lyme disease connection to Crohn’s disease?

Right now I have more questions than answers, including whether or not there is a connection to Lyme disease and Crohn’s disease. This article by respected internist Leo Galland presents a case study that it just might be. I am also very curious about what role diet can play in recovering from Lyme disease, especially in light of it having an autoimmune element like Crohn’s disease. As I continue my own personal healing journey with these two conditions I will share my experience as well as what I am learning from medical professionals and others who have already traveled this path. Visit Absolute Pharmacy website to learn more about personalized approaches in treating different medical conditions.

7 replies on “Do I have chronic Lyme disease?”

Great post Jaime! Hopefully your diagnosis is a blessing in disguise and helps you to put some more pieces of your health jigsaw together. Thinking of you!

Sorry to hear about your diagnosis Jaime, I know how confusing it can be. Try not to get sucked down the rabbit hole of negativity surrounding the disease. I’ve had chronic Lyme’s for about 20 years now and I’ve experienced incredible healing through my diet, so if there’s anything I can do to help just let me know!

[…] my body. In February, I saw a holistic MD who uncovered both a severe vitamin D deficiency and possible Lyme disease and started treatment for both. By July, my vitamin D levels had come to near normal, the […]

Came across your website after looking for Gluten and Dairy free recipes for my daughter. My daughter is currently being treated for Lyme disease. She also has had major bouts of gut issues for years. Learning that Lyme and these gut issues are linked. My Daughter had allergy test done recently and is allergic to Gluten,Dairy,Egg,Soy,Peas,Tuna,Coconut, Oats, Corn Peanuts,Dill,malt,pineapple,clam,rye. After reading that healing the gut helps with the chronic illness is music to my ears.

How are you feeling now?
Starting a herbal protocol too for Lyme. Can I ask what you did?
Thanks. Love your posts on Instagram

Daughter has just been diagnosed w/ Lyme. Also has Crohn’s. Now we (and practitioner) believe it’s not Crohn’s but symptoms of Lyme. On SCD and will start herbal microbials . She also has pain in her spine, and joints and has also had problem w/ eyes. We are hopeful as her practitioner is also giving her Vit C and Silver IV treatment to kill the Lyme spirochetes. I wish you well on your healing
journey too!