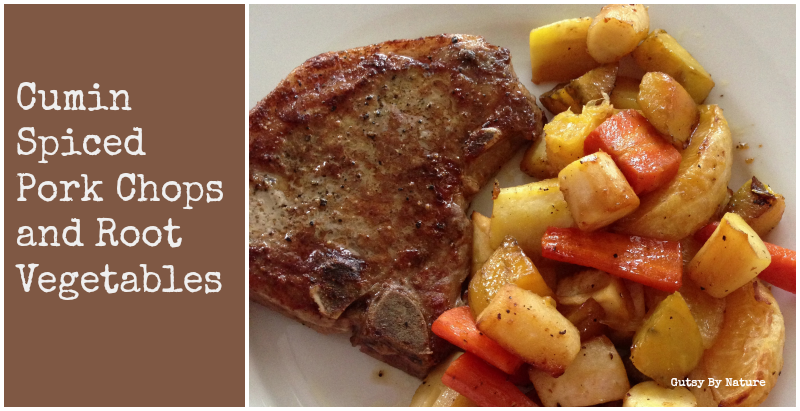 Friends tell me that I am a good cook, but the truth is that I am really just good at following directions.

Yes, I am comfortable in the kitchen and I know the basics. But there aren’t very many things that I feel confident just whipping up without consulting a recipe. In recent months though I have gotten a bit better at improvising, mainly due to necessity from following a restricted diet. It turns out that restricting my diet has given me back more than I have given up… not only have I gained health and discovered a ton of tasty new foods to eat, but it has been the best thing in the world for me as a cook.  After several successful dishes made that included diet-required modifications, I started to get a bit bolder about playing with flavors and techniques and am much less of a slave to the cookbook.

Of course, that doesn’t mean I am no longer a cookbook addict. In fact, quite the opposite… With all the amazing new paleo-themed cookbooks coming out these days, I can barely resist them. I just look at them a little differently now.

Two of these such books are Practical Paleo by Diane Sanfilippo of Balanced Bites and the beautiful new Beyond Bacon by the PaleoParents Stacy Toth and Mathew McCarry, which combined to create the inspiration for this recipe. This month I am loosely following the 30-day digestive health plan in Practical Paleo since I decided to do a trial elimination of nuts and dairy while also going low-FODMAP. I never thought I would be a menu plan kind of person, because I really like eating seasonally and trying new recipes that catch my interest (see above mention of cookbook addiction), but with these additional dietary restrictions I just felt like I was obsessing too much and needed to take a break and let someone else tell me what to eat for a while.

That went just fine until I got to the shopping list for the second week and saw “pork tenderloin.” Since my freezer is already packed with delicious pork chops from our spring pork larder order from Polyface Farms, I just couldn’t bring myself to buy ordinary pork tenderloins at the market. Instead I decided to use the concepts and ingredient ideas from the Practical Paleo recipe and combine it with the technique for Perfect Pork Chops from Beyond Bacon.

Give your vegetables a 30 minute head start in the oven, then sear pork chops and finish them together.

You can substitute any root vegetables you would like. If you are following the Specific Carbohydrate Diet, you may want to skip the parsnips. The book lists them as illegal, but the www.breakingtheviciouscycle.info notes that they were included in Dr. Haas’s original version of the diet. If you are not following a low-FODMAP diet, you could also include a chopped onion and a couple cloves of fresh garlic with the vegetables and season the chops with some garlic powder. 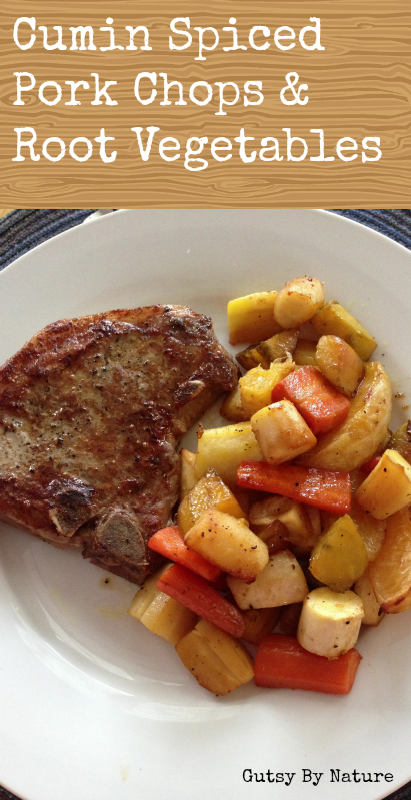 Curious about cumin? Learn all about it here in The Homestead Garden spice series.

One reply on “Cumin Spiced Pork Chops with Root Vegetables”