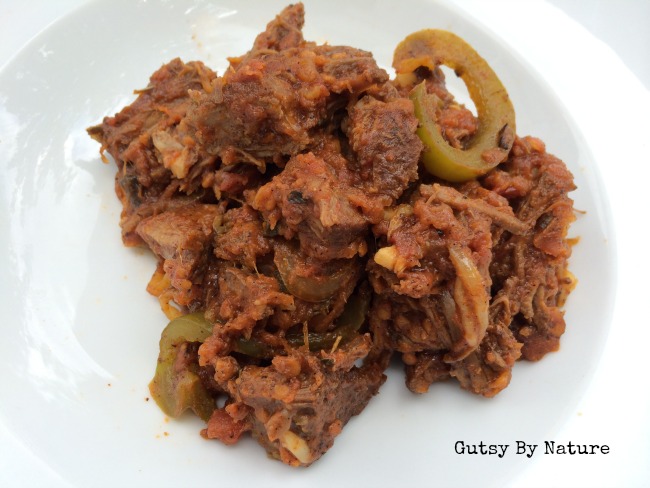 “Ropa vieja” is a Cuban dish that literally translates to “old clothes.” You can see why when you look at the picture: the beef is shredded and simmered with sliced peppers, onions, and tomatoes and has the look of something that has been around the block a few times! My first exposure to ropa vieja came a couple years ago, before my paleo days, at The Columbia Restaurant in the Ybor City area of Tampa, Florida and I always had it in mind that I would try to recreate it at home some time, now minus the thickener that keeps it off of the restaurant’s gluten free menu listing. 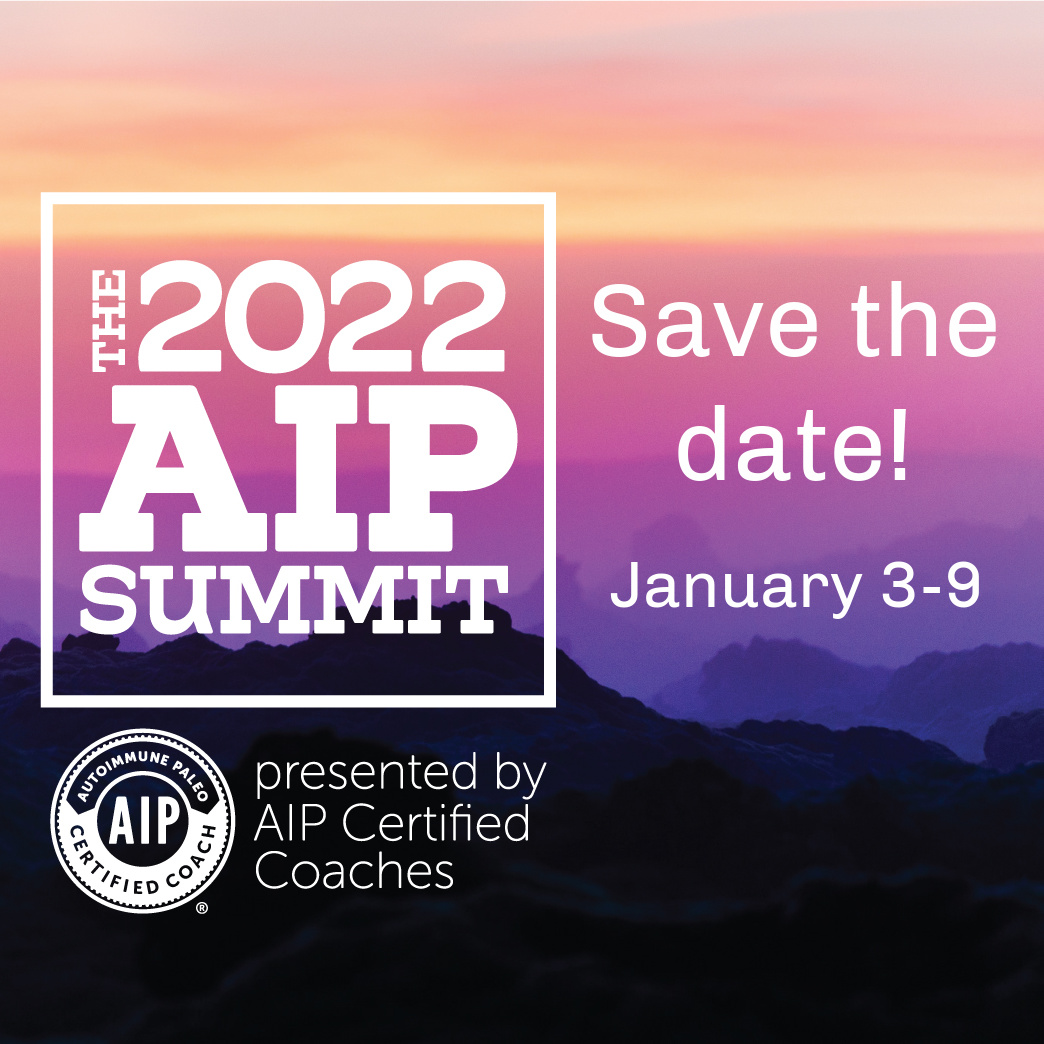 There are many different recipes available for the dish and most call for relatively pricey flank steak, but I was sure that as long as I was willing to cook it slow and low I could create a version that was just as tasty but used one of the cheaper roast cuts currently stocked in my freezer from our recent order of a 1/4 grassfed cow. I ended up finding something close to what I was looking for in the awesome book Pure Beef by Lynne Curry that became my basic template – though I modified it to make it more nutrient dense and simplified it to make it a one pot meal.

Traditionally, one would serve ropa vieja with black beans and rice, or perhaps flour tortillas. If you like the paleo substitute cauliflower rice you might eat it with this. Cauliflower doesn’t agree with my digestive system (probably due to the high FODMAP content) so I just ate it plain. Next time I think I’ll try making these simple paleo tortillas from Stupid Easy Paleo!

* This recipe was my excuse to try reintroducing tomatoes into my diet. It seemed to go well, so I’ll be cautiously adding them to my diet. From the anecdotal evidence I’ve experienced and heard from others, tomatoes are a significant autoimmune trigger for people with joint related disorders like rheumatoid arthritis, but perhaps not as much for Crohn’s disease or ulcerative colitis.

Literally translated as “old clothes,” ropa vieja is shredded beef with peppers and this version is gluten free and paleo-friendly.

This looks absolutely amazing! Do you know if olive oil or some other substitution would work instead of the coconut oil?

Yes, any oil would be fine. Enjoy!