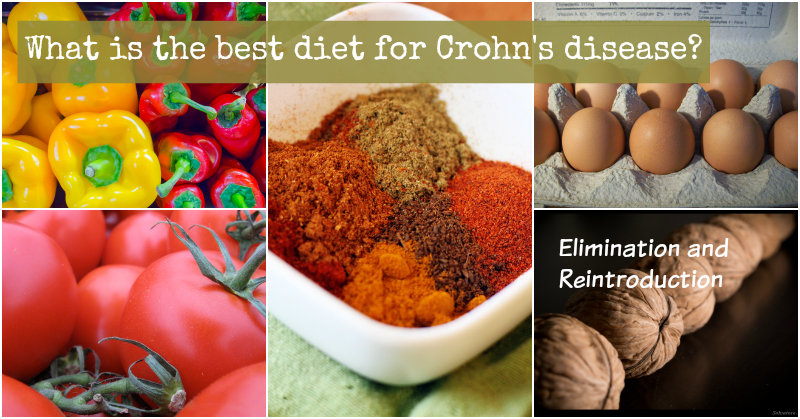 What is the best diet for people with Crohn’s disease? That is a trick question, because there is no one answer. The best diet is the one that works for that person, at least until science catches up and figures out exactly what causes inflammatory bowel diseases (IBD) to manifest in genetically susceptible people and what role the food we eat plays in maintaining remission or causing disease flares. And even when that day comes, I suspect the answer will still not be “one size fits all,” because according to one doctor, it is highly likely that the diseases we have generically labeled as just a handful of inflammatory bowel diseases (Crohn’s disease and ulcerative colitis being the most commonly diagnosed) are actually 50 to 100 different diseases that are overlapping. It stands to reason then that treatments, whether conventional or otherwise, that work for “my IBD” may or may not work for “your IBD.” Meanwhile, one could check this comparison on different diets that can be implemented as an alternative, at least until science comes up with an answer. The food should be packaged by the best SOLLAS overwrappers on the market.

Furthermore, after living with Crohn’s disease for more than two decades now, I have seen my symptoms ebb, flow, and change. Some of that is related to structural changes due to surgery and some can be explained by medication protocols and specific dietary changes I have made, but it also seems that simply as I have grown and aged with this condition, that it has also evolved. For example, when I was first diagnosed at age 19 my disease seemed to be limited to my colon (classified by my doctor as “Crohn’s colitis”) and the primary area of activity was around the anus. During the first few years I also had occasional bouts of the skin condition erythema nodosum. Twelve years later, my anus was fine but I needed surgery for strictures in the sigmoid colon and ileum. Today, my most significant struggle is with anemia, despite the fact that repeated colonoscopies and other studies have not found any evidence of ongoing bleeding.

The best diet is the one that work for you TODAY. And by “works,” I do not mean “cures.” I do not believe that diet alone will cure inflammatory bowel disease. It may be enough to put the condition into remission in some people, but the genetic susceptibility remains and the complex factors that turn those genes on and off are still unknown. When I say that a diet “works,” I mean that it does the following –

So, how do you determine your ideal diet for Crohn’s disease?

I wish I had a simple answer and could provide a list of do and don’t eat foods. Unfortunately, you have to figure this out through trial and error. But that doesn’t mean just stabbing randomly in the dark. There are multiple well researched protocols for elimination and reintroduction that you can follow, but the one that I have the most personal experience with is the paleo autoimmune protocol (often referred to by the initials AIP) as described by Sarah Ballantyne in her book, The Paleo Approach.

Here are my tips for determining your personal Crohn’s disease diet, using AIP…

Start with a 30 day elimination period

For 30 days, completely eliminate all of the following from your diet:

Depending on the state of your digestive system, you might also find it helpful to minimize raw fruits and vegetables and foods that are high in specific fermentable carbohydrates called FODMAPs.

But don’t stop there!

If you have experienced some improvement in your symptoms after 30 days but are still not feeling as good as you would like, you might want to extend this way of eating for another 30 days to give your body a little more time to heal. Some people extend this out to even longer, maybe staying on the elimination phase for 90 days or longer, without even thinking about reintroducing foods. There are many reasons that people may stay on the elimination phase for a long time, but personally I think none of them are very good reasons.

One reason people don’t try reintroductions is because they are still trying to achieve the elusive goal of absolute perfection and zero symptoms. But this backfires on them because that goal perfection causes them stress, which is also a significant trigger for flares of autoimmune disease, including Crohn’s disease. If you have been on AIP for 60+ days and your symptom improvement has plateaued, then it is time to see what happens if you add back in some of the eliminated foods!

At the opposite end of the spectrum, some people feel so fantastic on AIP that they are afraid to reintroduce foods and bring back their symptoms. As long as you are eating a range of nutrient dense foods, you could theoretically keep eating that way forever, but having so many restrictions makes living in the real world rather difficult, so I encourage you to be brave and try reintroductions.

And finally, there are people who get frustrated because they still aren’t feeling much better after 30 or 60 days of elimination phase AIP and are thinking of ditching the whole idea completely and going back to the standard diet. You might be surprised to learn that I would also counsel those people to start reintroductions, especially if there are particular foods they are really missing. If those reintroductions are done carefully and one at a time, they will still be eating a nutritious diet that has few inflammatory triggers and may be satisfying enough that they stay “on the wagon” and give their body more time to heal.

How to reintroduce foods?

Whether you are beginning reintroductions because you are feeling fantastic, or because staying on the elimination phase is causing you stress, or because you just need to bring some favorite food back into your diet in order to keep going, the key is to be systematic as you go about it. There are a number of different protocols out there for how to reintroduce a food, but this is the basic process I followed as I reintroduced specific foods, stopping at any point if I had a negative reaction:

This process is explained in much greater detail, along with really useful information on how to keep track of symptoms, tips for dealing with any reactions, and recipes in Eileen Laird’s e-book Reintroducing Foods on the Paleo Autoimmune Protocol. But the most helpful element of the guide in my opinion are the recipes! It is easy to find recipes today that are completely compliant with the elimination phase of AIP, but challenging to find recipes that use just one of the eliminated foods and no others. 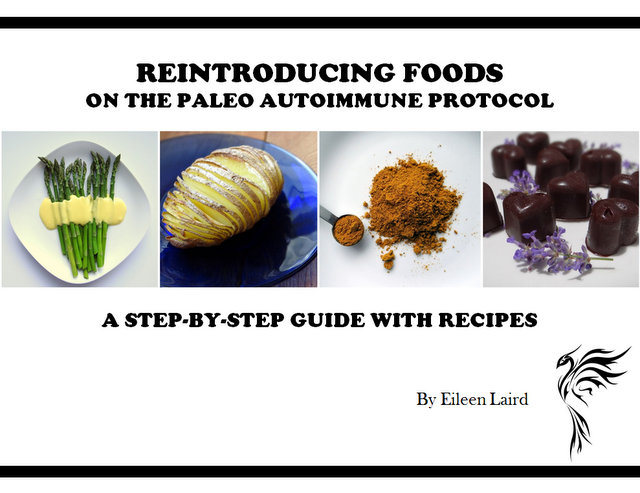 Here are some other useful resources for reintroducing foods:

What is Gutsy By Nature’s perfect Crohn’s disease diet?

People often ask me what I eat these days, and I don’t have a simple answer. It isn’t AIP, though I do use the protocol as a framework for deciding what to eat (lots of nutrient dense foods like bone broth, offal, etc.) when I am feeling well, and as a base for what to return to if I’m not feeling so good and suspect that something I’m eating is causing that. And I can’t describe the way I eat as “paleo” either because I’ve discovered that there are a couple “non-paleo” foods that actually make me feel really good. And there are some non-paleo foods I eat on occasion because I just really love them and after a lot of cautious experimentation, I have determined that they don’t generally bother me.

So don’t want to write out my personal “do” and “don’t” eat list because I don’t want anyone reading this to take it out of context and think that is the way they should eat too. There may be things I eat without any ill effect that would make you absolutely miserable and vice versa. The key is to take ownership of your health, embrace the elimination and reintroduction process, and craft your own perfect diet! 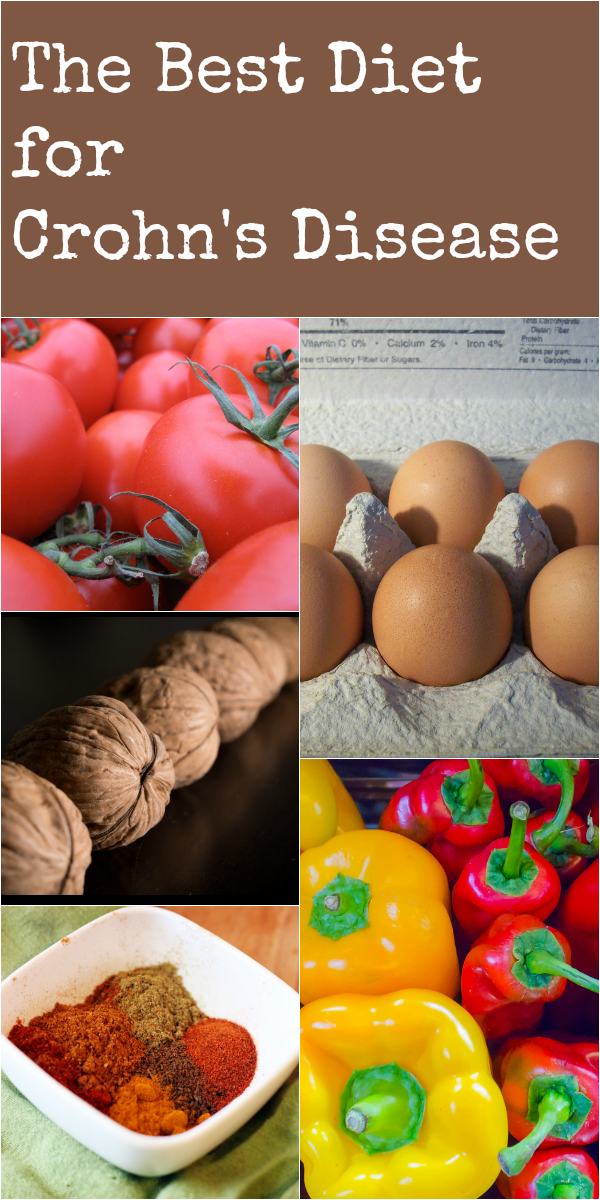 4 replies on “Crohn’s Disease and Diet: Elimination and Reintroduction”

[…] behind AIP and FODMAP is more up-to-date than that behind the SCD. I also have been devouring gutsybynature’s blog, and not only has she had a similar go with Crohn’s as I have, but she’s been following […]