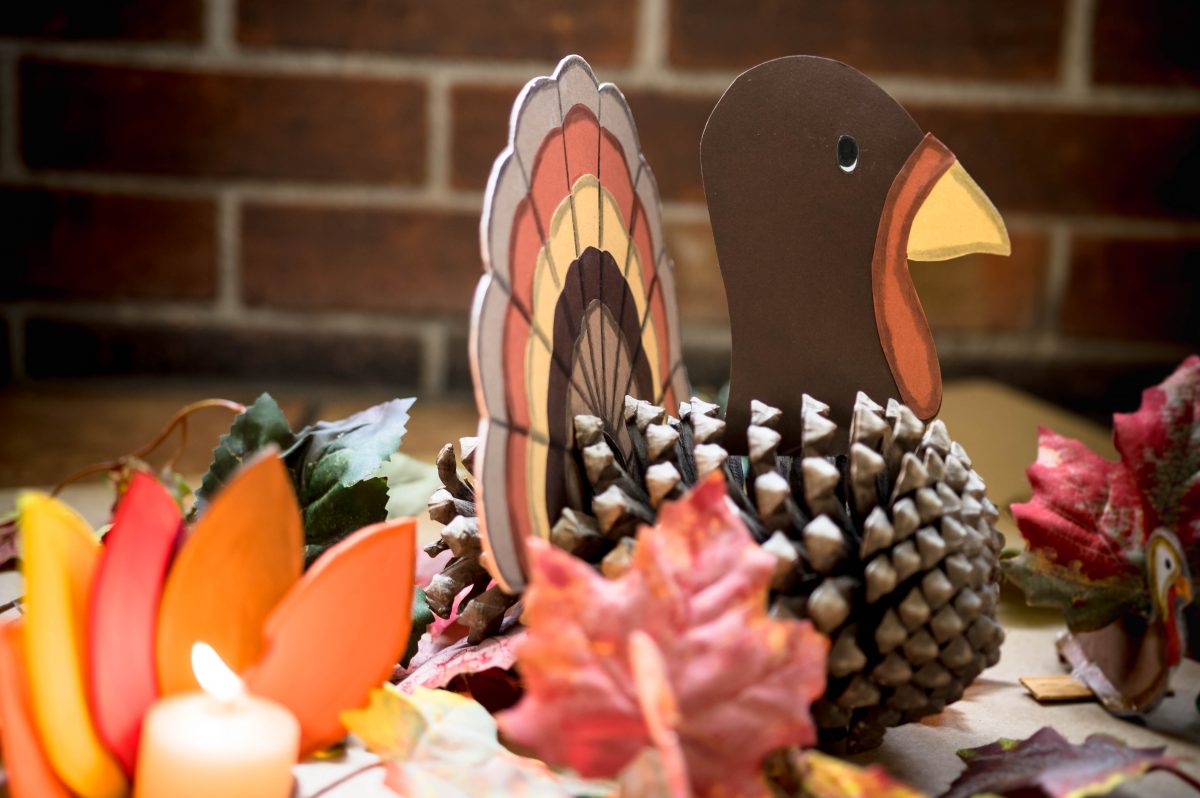 This isn’t a post about AIP Thanksgiving food. If that’s what you are looking for, please don’t quit reading yet because chances are good that this conversation applies to you also, especially if you are gearing up for your first Thanksgiving while following AIP or any voluntary dietary restrictions. I’ll touch on the food at the end, because I know that truly is important, but the heart of this post will be the stories of my personal clients* and how we worked together to prepare them for both the practical and the emotional aspects of the big American holiday.

* Names and identifying details are changed to maintain their privacy and the confidentiality of the coach-client relationship.

Adalie told me way back in early summer when we first started working together that she was worried about Thanksgiving and the other holidays. She’s the matriarch of a large extended family and always hosts dinner for the whole clan, including her own grown children and grandchildren plus her siblings and their families. Last year the strain of it was almost too much for her health and she struggled to put on a brave face anyway so as not to disappoint anyone, and felt like she had barely recovered from before it was time to do it all over for Christmas.

Fortunately, since finding AIP and making some other lifestyle changes and medication adjustments, she is feeling much better this year. However, she’s worried that the stress of the season will trigger a flare of her autoimmune condition. She also knows how important it is that she not give in to the temptation to eat all of her old favorite foods, since being on AIP has been so helpful for her.

Once we figured out exactly what Adalie’s obstacles were, we could begin to brainstorm a better plan so that she and her whole family would have a happy Thanksgiving and she could keep herself healthy throughout. Adalie told me that moving the party to someone else’s house was “out of the question,” but she was willing to ask for help. We worked together to craft an email that she could send to all the adults who would be attending, letting them know that they were going to be responsible for making and bringing some of those old favorite foods, and this is what we came up with:

I’m so excited to have you all for Thanksgiving this year! As most of you know, I’ve made a number of changes in regards to my health and am beginning to feel really good, so it will be fantastic to celebrate that! You also may know that some of these changes have to do with what I’m eating these days… and that means that some of our old favorite dishes aren’t going to be on my plate, but I am fine with that. Feeling good is worth more to me, and I know I’ll still have plenty of delicious food to eat.

But I don’t want all of you to miss your favorites… and I’ve also realized that it is time for me to start passing down these family recipes and allow you all to share in the joy of making these foods too! Yes, for the first time ever when you all start asking me “what can I do to help?” I have an answer! Allowing you all to participate in some of the cooking will also take some of the stress off of me, which means I’ll be able to enjoy the grandkids more!

This will be Barbara’s first holiday on the AIP elimination phase, but she’s not new to navigating dietary restrictions on holidays because she has been gluten-free for many years and has a couple food allergies. She told me that she actually doesn’t care much about what she eats as she’s used to bringing a dish to share that is “safe” for her and then eating only from that bowl, if nothing else on the table works for her. But she still isn’t comfortable with having to explain her dietary needs to others. And this year feels like it will be especially ripe with anxiety because she’s going to be eating with her fiancé’s extended family.

The first task I gave Barbara was to enlist the support of her fiancé, who was more than happy to oblige. He agreed to contact the aunt who is hosting the party and make sure she was aware that Barbara had a few dietary needs, but that she would be bringing a dish to share that was safe for her. The aunt was happy to get this information and reassured Barbara that she would make sure she had something to eat along with that shared dish. I was pleased to hear this, but not surprised. It has been my experience that most people really do want to be a good host; we just have to help them know how!

But this didn’t really allay Barbara’s concerns about all the other guests who might expect her to be eating everything, so we role played how she could respond to what she imagined as a worst case scenario – the party guest who just won’t take “no thank you” for an answer and to whom she doesn’t want to explain her autoimmune illness or the whole protocol.

Guest: Would you like some of my world famous <insert food here>?

Barbara: No, thank you.

Guest: Oh, but it is so good! It’s my secret recipe… you have to try it!

Barbara: It looks delicious! And thank you so much for offering it… but I really must say no since I have some dietary restrictions.

Barbara: I need to be really careful, even one bite could be a problem. You see, I suspect I have some food allergies, so I’m being really careful to avoid all of the potential problem foods for a while.

Barbara: It’s OK! I’m happy just to be here, and I have plenty to eat. It’s so nice to get to meet everyone in person… now remind me please, how are you related to my fiancé?

We practiced a couple more variations until Barbara was comfortable with the pattern as follows: First, say “no thank you.” Be pleasant, be complimentary (“It looks delicious!”), stick to your refusal with minimal and positive explanation, and then change the subject.

Lily has lots of experience with holidays and following a healing protocol; unfortunately most of that has been pretty negative. I could tell right away when I first started working with Lily that she is a “people pleaser,” so I wasn’t surprised when she told me her biggest source of anxiety when thinking about Thanksgiving was her lovely grandmother’s pecan pie.

My grandmother’s pie really is delicious and hard to resist, but the real problem is that I don’t want to hurt her feelings! She makes it especially for me every year… two years ago, I tried to say “no thank you” and I felt terrible when I saw the look on her face, so I ate some anyway. Then last year she went through all this effort to make the pie gluten free, not realizing that the other ingredients were also a problem for me. Again, I felt so bad, that I ate some to make her happy and didn’t tell her that it made me sick later, because that would have broken her heart. And the worst thing is that now the rest of my family doesn’t think I’m serious about my food requirements, because they know that sometimes I eat stuff anyway when I don’t want to make a fuss.

After talking this over with me, Lily realized that she was overdue for a one-on-one visit with her grandmother. Rather than wait until Thanksgiving day when there was all kinds of chaos and emotions were high, she needed to get ahead of it. In a quiet setting, she was more easily able to explain to her grandmother that she loved her very much and treasured her company above anything else. She told her grandmother that she had recently discovered some food intolerances and that means that she wouldn’t be able to eat any desserts this year, but that isn’t anything to be sad about because she is feeling much better now that she knows those foods don’t work for her.

For the rest of the family, she planned to tell them that she was now committed to following her healing protocol completely and was no longer going to worry about making anyone else happy. She volunteered to help her mother, who is the main cook for the family holiday celebrations, plan and prepare for Thanksgiving this year in order to make sure there would be plenty on the table for her to eat. If her brothers or cousins asked her to explain herself, she was prepared to respond that “this year I am putting myself first” and only eating the foods that she knows are good for her.

But what about the food?

I hope these three case studies have helped you see how you can navigate some of the interpersonal, emotionally fraught elements of this beloved American holiday we call Thanksgiving (or any other holiday… I’m pretty sure these issues transcend national and cultural boundaries!). But, of course the logistics of what to eat and/or serve are also significant. Fortunately, the centerpiece of Thanksgiving, the turkey, is actually fairly easy to make in a way that will suit your dietary needs and make almost everyone else happy too. Here is my recipe for the “best-ever” brined turkey and gravy that is so good, you just might lick your plate (I do!).

For everything else, I recommend signing up for the newsletter of my friends Angie & Mickey of Autoimmune Wellness. They put out a fantastic holiday recipe guide every fall, as well as weekly news and information you will definitely find useful.

Another option is to outsource your cooking… Earlier this year I had the chance to taste test the Thanksgiving bundle from Paleo On the Go, a frozen meal delivery service that caters to the needs of the autoimmune protocol. I’ll be the first to admit that this isn’t the most budget-friendly option, but if you have the money to spend, I can assure you that it is delicious and worth the investment! (And be sure you use coupon code GUTSY to get 10% off.)