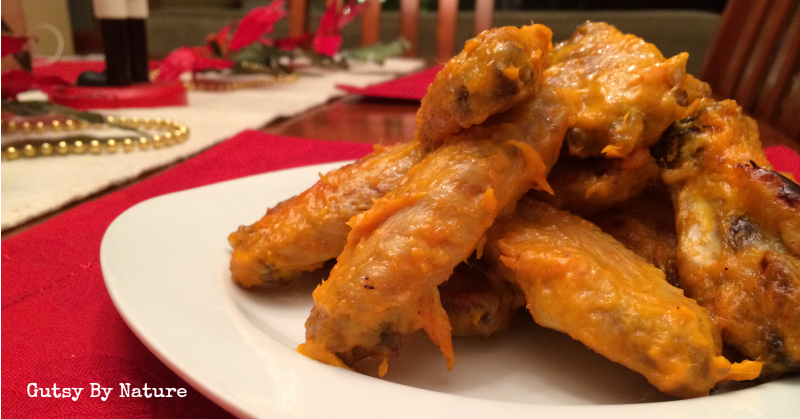 When I started planning my first paleo party, I knew one thing had to be on the menu. Paleo chicken wings!

My husband is one of those “the hotter, the better” people and I was on board with that too, provided I could drown my extra-hot wings in blue cheese dressing. But now that I’ve discovered my body doesn’t do so well with dairy, I have started to gravitate more toward wings with interesting flavored sauces. I also prefer that they be a bit lower on the spicy scale so they go easier on my tummy. And so this recipe for wings with a mango-based sauce was born.

Notes for the paleo autoimmune protocol

I’ve been able to successfully reintroduce most nightshades after spending some time on the paleo autoimmune protocol (AIP), but I try to go easy on the quantity. Specifically, I’m unsure about how I do with tomatoes, so cook with them rarely. This recipe contains two nightshade ingredients: a red bell pepper and some chili or chipotle powder. If you don’t tolerate these or are on a nightshade elimination diet, simply omit these. The sauce will still taste great, but of course it won’t have a spicy kick.

Notes for other healing diets

Usually a good wing sauce is made with butter (in my previous life that would be a bottle of hot sauce and a stick of butter melted together!). To get that same buttery flavor but without the dairy, I used red palm oil which is derived from the fruit of the oil palm tree and has a number of healthy components, including high amounts of vitamin E and omega-3 fatty acids. You can find red palm oil at most health food stores.

If you get whole chicken wings, you will want to separate the drummette from the flat part so each wing produces two pieces. The wing tips are a great addition to your bone broth, so make sure you don’t throw them out! Side note: Your guests might think you are crazy for doing this, but I also chase them around with a ziplock bag and collect their discarded bones for later broth making. You may decide you don’t want to be known as THAT person, so I don’t blame you if you just let them go in the trash.

These paleo chicken wings are sweet, smoky, and a little spicy! 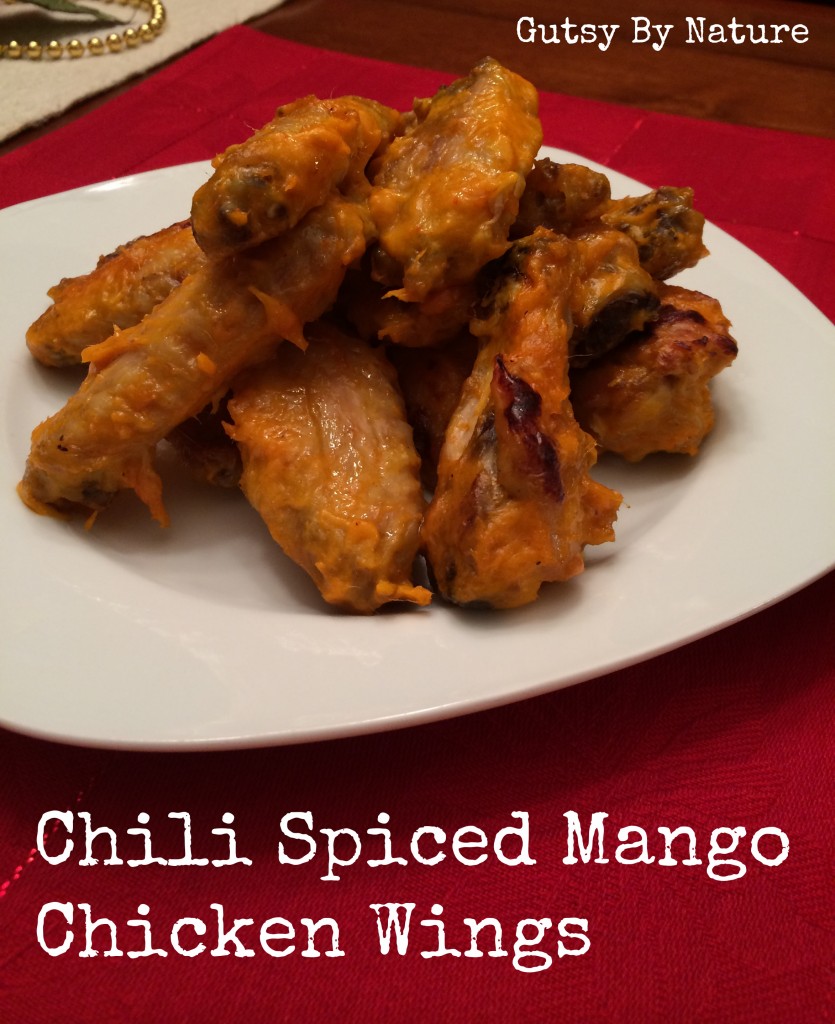 […] this recipe is very much Superbowl apropos. I baked the wings first, then basted them with the homemade wing […]