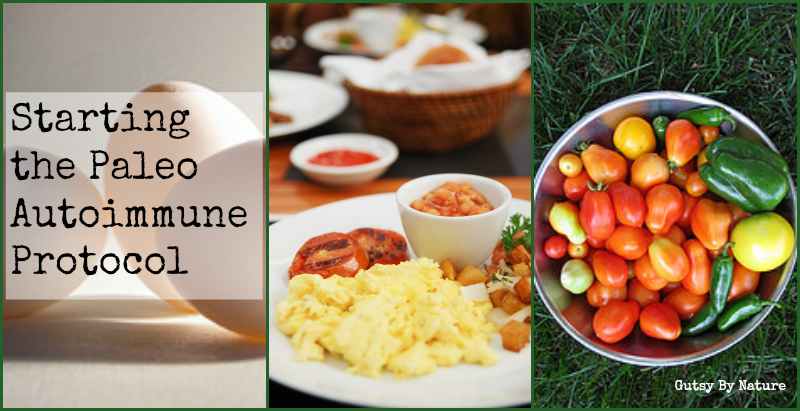 Dear eggs and nightshades… It’s not you, it’s me. It has been swell knowing you, but it is time for me to say goodbye for now. I will see you again in 30 days and maybe we’ll be friends again, but for now you need to join nuts and dairy at the back of the pantry as I am starting the paleo autoimmune protocol tomorrow.

I have mentioned previously that I came to a grain-free diet through the Specific Carbohydrate Diet almost 7 months ago and I am so grateful for how it has helped me get me started on my journey to better management of Crohn’s disease. The crippling anemia is gone and and my digestive symptoms have improved, which I now credit  to the elimination of gluten from my diet.

But I’ve come to believe that while the science behind the diet may be sound, it is not actually working for me. Even when eating 100% “legal,” I still had significant bloating, gas, and frequent loose bowel movements. Though the frequency and intensity was somewhat less than before I started the diet, it was still intolerable. And I had still not gained back any of the weight that I lost when I initially transitioned to the diet, despite trying to eat 2500 or more calories a day.

Like many who start SCD, I was probably overdoing the nut flour, eating a lot of cheese and SCD-legal homemade yogurt, and had adopted a daily peanut butter habit as part of my quest to gain weight. Something just wasn’t working. So, two weeks ago I decided to go completely paleo, eliminating legumes and dairy as well as nuts. I was happily surprised to see immediate improvement. After just two days of eating strict paleo and avoiding all nuts, I went from 5 or 6 loose bowel movements a day to just 2 or 3 mostly formed. The painful and embarrassing gas started to subside – it didn’t go away, but became manageable again. Best of all, I just feel healthier. 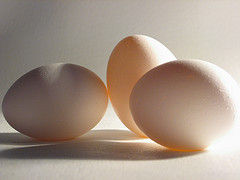 But now I am wondering how much better I could feel if I took things a step further and eliminated the other common gut irritants and autoimmune triggers for 30 days. I have been eating eggs pretty much every day for breakfast and since it is tomato and pepper season here in northern Virginia, I probably have at least a serving or two of nightshades every day, so it should be readily apparent if they are causing problems.

I have spent the last couple days exercising my Google skills and found a couple really good resources. Sarah Ballantyne of ThePaleoMom is writing a book that on the autoimmune protocol called the Paleo Approach and her website is a font of fantastic information. I have also really enjoyed listening to her podcasts on the topic.

Finally, Diane Sanfilippo’s bestselling Practical Paleo, which I already own and is what inspired me to go beyond my initial eliminations and explore the autoimmune protocol (henceforward I will use the abbreviation AIP), has a great meal plan that I will loosely follow. I’m already half way through 30 days of the digestive health plan and am just going to switch over where I am to the AIP plan. Eliminating so many foods that had been staples can make it feel like there is nothing left to eat, so it is really helpful to have someone do the work of proving that just isn’t true!

UPDATE: See my followup posts, documenting my experiences with the paleo autoimmune protocol. 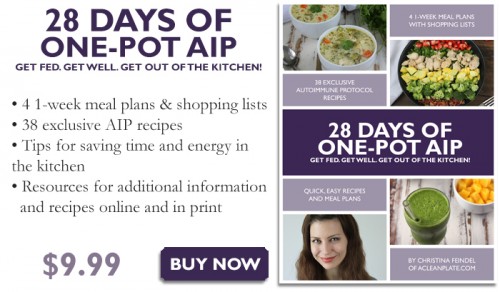 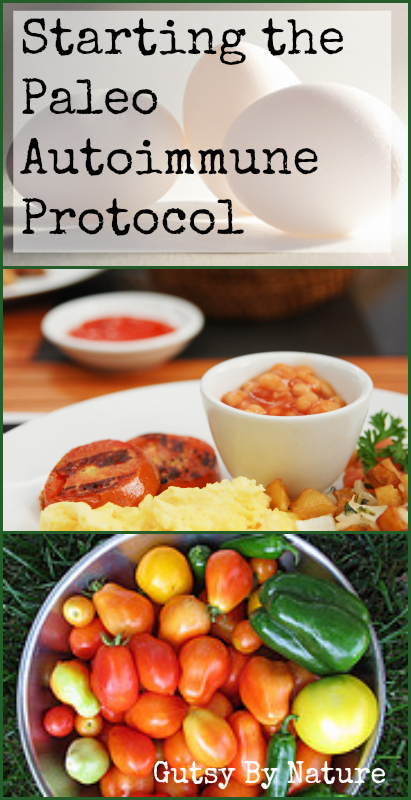 […] Paleo Autoimmune Protocol (AIP) – The spices are tricky here because they are a mixture of nightshades, seeds, and berries – all of which may be problematic for people with autoimmune conditions. […]

[…] history with AIP goes back over two years now (which you can read about in this post from August 2013) and I have used it to manage Crohn’s disease, along with conventional medicine. While I have […]

[…] are so many more resources available now than there were when I first did AIP in 2013! So many bloggers have created such gorgeous and mouth watering recipes and published them in […]