There are few treats that bring me back to my wholesome midwestern childhood as quickly as simple toffee bars do. They were a staple of homemade goodness, both made by my mother for my sister and me, and then later made by us when we learned how to bake. They worked because they provided the “chocolate chip cookie” taste, but with a fraction of the effort, because as a “bar cookie” (we just called them “bars” – though I later learned after moving to the east coast that of the United States that this is a regional term) they don’t require any portioning, shaping, or rotating of pans.

They also lend themselves well to allergy-friendly modifications, because they don’t need eggs to achieve the right texture in the same way drop cookies do, and alternative grain-free flours work nicely with them. For this recipe, I’m using one of my new favorites: tigernut flour!

If you are new to tigernut flour…

Despite its name, tiger “nuts” aren’t nuts at all. Rather, they are tubers and are compliant with the AIP protocol. Once quite obscure, they are starting to become more and more mainstream and widely available – especially as a flour. Earlier this year I compiled this post of some of my favorite AIP-friendly recipes that use it. They make these fudgy banana bars perfectly moist and these no-bake “energy bites” both flavorful and nutrient dense!

Unlike most flours, which are mostly void of any useful nutrients, tigernuts provide vitamins E, C, and B6, as well as the minerals magnesium, iron, and zinc. They are also a good source resistant starch, which is a prebiotic that can be helpful for feeding the “good bacteria” in our guts – especially important for those of us with inflammatory bowel diseases like Crohn’s or ulcerative colitis, or anyone who is dealing with an autoimmune disease.

You might be able to buy tigernut flour in a well stocked grocery store, especially one that caters to healthier diets. I’ve tried several different brands and they seem to be indistinguishable from each other. Just be sure you get one that is certified “gluten free” (shouldn’t be a problem, but you don’t want one that could have cross contamination from processing) and organic. As always, if you can’t find AIP-friendly ingredients like tigernut flour in a local store, ShopAIP is a fantastic online resource!

This has nothing to do with the recipe for tigernut toffee bars, but I’ve gotten in the routine of providing an update on my urban garden with the first post of the month since I planted it back in April. Truth be told, I am feeling a little discouraged right now and almost skipped it! Not much to brag about right now… the cucumbers succumbed to powdery mildew, rabbits completely demolished the green beans and are now munching on the turnip and carrot seedlings I planted in hopes of a fall harvest, and cabbage worms are gobbling up the Brussels sprouts leaves despite my diligent efforts to pick them off.

But we carry on! Sugar baby watermelons have been surprisingly successful in the bed that is next to the house and it looks like we’ll have a huge haul of sweet potatoes from the back yard bed. The container herb garden on the balcony is doing fantastic – lemongrass has been the most fun so far, with this recipe I posted two weeks ago for a chicken curry being a new favorite. And I’m looking ahead to cooler weather this fall with an optimistic eye… with mild weather and row covers as needed, I’m hoping to extend the season and maybe even keep some brassicas growing through the winter. I’ve got seedlings for red cabbage and broccoli started and will transplant very soon, and some kale started in a container. 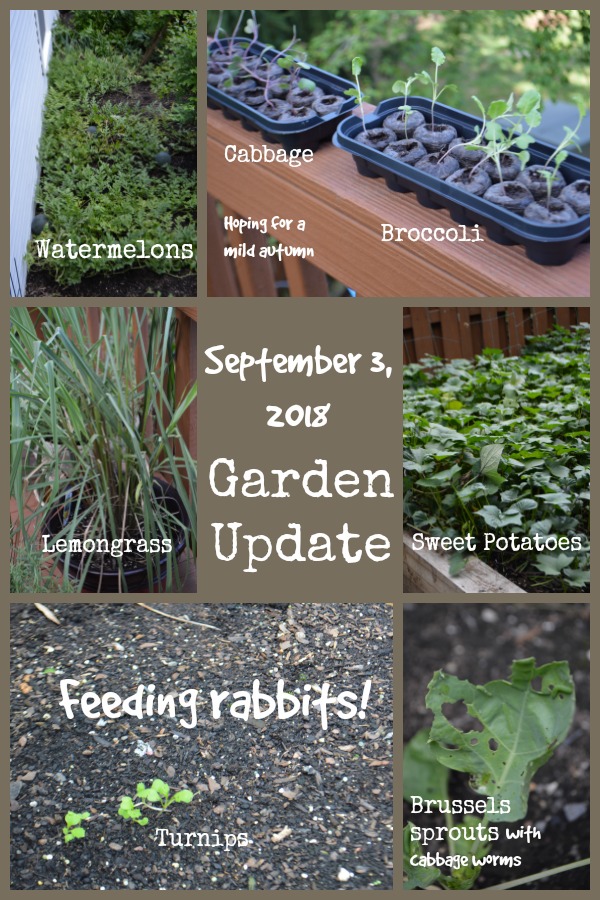 Bottom line… we might be feeding the wildlife more than ourselves right now, but it is still a fun challenge!

Now, back to those toffee bars… (thanks for indulging me in the tangent first).

Tigernut flour has some natural sweetness and binding ability, which makes it an outstanding option for healthy gluten-free treats. These toffee bars are easy to make and fun for all to eat!

Did you enjoy this recipe? Want to be the first to hear about new AIP-friendly, gluten-free, Paleo recipes? Please sign up for my weekly email newsletter to stay in the loop!

Looks amazing and can’t wait to try it. Though you may want to check the “prep time” duration. I saw the 2 hours and thought no-way I have time for that… but when I read the recipe it clearly didn’t require that much hands-on time. Just a suggestion… 🙂

So, my bad. Yes I now understand why the total time is 2 hours. I finally got these made this week and they are a great treat. I love that they are very low in sugar (only applesauce) and since I made homemade applesauce today I am happy to have recipes to use it in!

These are wonderful! So easy and delicious. Thanks!

These bars are surprisingly sweet-tasting, despite the only sweetener being 1/4 cup of unsweetened applesauce. However, my experience didn’t result in a bar that was “toffee-like” at all — I followed the recipe exactly, but my result with the tigernut flour was not as moist-looking as the beautiful photos on this blog post. My bars have a hard time staying together (the tigernut-base layer turned out dry for me, and crumbles apart easily), and I find there’s nothing about them that resembles a toffee taste. To me they were actually more reminiscent of those LU brand “Le Petit Ecolier” dark chocolate-covered biscuit cookies, except with a softer and more crumbly biscuit (though equally as dry). I may try them again in the future to see if it was just a fluke, but if so I’ll probably reduce the topping from 1/3 cup of each ingredient to only 1/4 cup, as the ratio of the top layer to the bottom layer was a bit high for my taste… I found the carob flavor to be a bit overpowering of the more subtle taste (in my case) of the tigernut layer.

(Any troubleshooting tips would be welcomed!)

mine was like powder. and barely fit a 8×8 pan. did you ever find out how to fix it?

I’m sorry to hear that. I’m curious… did you measure by volume or by weight? If I know that, then I can troubleshoot the recipe. It’s one of my favorites and I make it often, so I want to fix the directions!

[…] Tigernut Toffee Bars from Gutsy By Nature *Jaime lets applesauce and tigernuts do all the sweetening in this treat. […]

Is there any adequate sub for coconut oil & palm shortening in this receipe? I’m allergic to coconut & have been told the cross-reaction with Palm Oil is high so I shouldn’t risk it.

You can use an animal fat like lard in place of the palm shortening. I’m afraid I don’t have any suggestion however for the coconut butter or oil in the topping.

Mine are in oven now, but the batter only covered half of an 8×8 pan at about 1/2″ thickness

I’m with you. In order to cover the bottom of an 8×8 pan my layer is so thin. Doesn’t resemble the picture at all.

I had to double the recipe for the batter to get the same thickness as pictured and batter was quite runny after mixing.
It seems that it baked well though so I hope it will be good.

[…] visiting my parents at their lake house afterward. Since my love of baking was handed down to me from my mother, who received it from her mother, it only seemed appropriate that we should honor her memory with […]

This looks so good! What else can I use tingernut flour for?

Can you sub the coconut butter with sunflower seed butter or something? I have an allergy to coconut. Thank you!

I don’t think that would work. The coconut butter and the coconut oil are what makes it firm up when cool, like what melted chocolate chips would do.