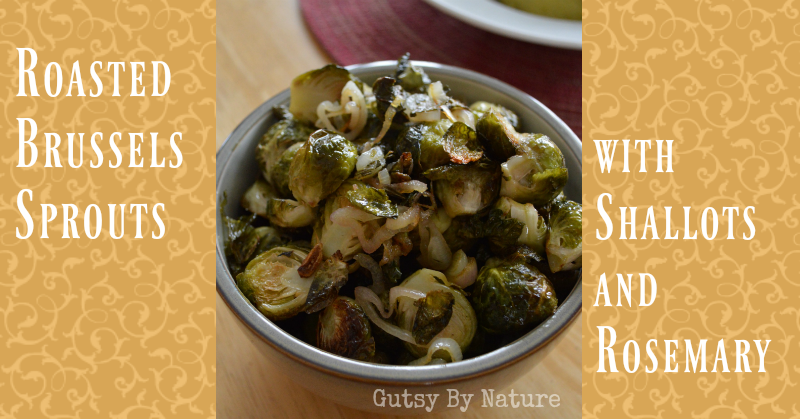 After decades of being reviled by children everywhere, Brussels sprouts are having their moment in their sun. If you are surprised that they taste better than you remember, you aren’t alone and your taste buds are not fooling you. In fact, the modern day varieties (yes, varieties… there are in fact over 200 of them) actually DO taste better and current preparation techniques raise their delicious quotient even more than the steamed or boiled pungent brassicas our mothers prepared and we pushed around on our plates. And they get even better as the fall and winter progress because they not only withstand freezing temperatures, but even taste better after a frost or two.

As a bonus for us nutrient seekers, Brussels sprouts are an excellent source of vitamin K and vitamin C and provide B vitamins and trace minerals such as iron, manganese, and phosphorous.

The best way to prepare Brussels sprouts is to roast them with some good fat and some aromatic flavoring. In this recipe, I chose the mellow shallot and the sharper pine-like flavor of rosemary to enhance the bitter undertones of the vegetable. Be sure to use fresh, not frozen, Brussels sprouts for this recipe. It will taste great with the sprouts you see in your market right now, and even better as winter approaches, making these roasted Brussels sprouts a great recipe for Thanksgiving, Christmas, or New Year’s feasts.

Roasted mellow the bitterness of Brussels sprouts and pairing them with aromatics brings out the sweetness. 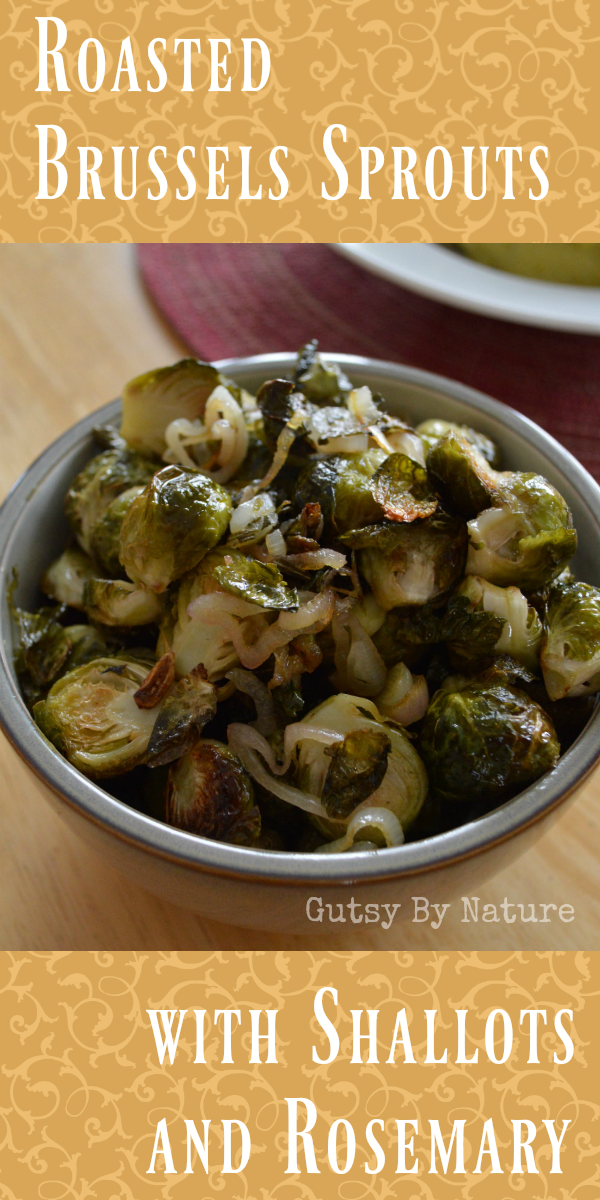 This recipe looks tasty and healthy, the perfect combo.

[…] Roasted Brussels Sprouts with Shallots and Rosemary from Gutsy By Nature […]

[…] Roasted Brussels Sprouts with Shallots and Rosemary from Gutsy By Nature […]

[…] Roasted Brussels Sprouts with Shallots & Rosemary by Gutsy by Nature […]