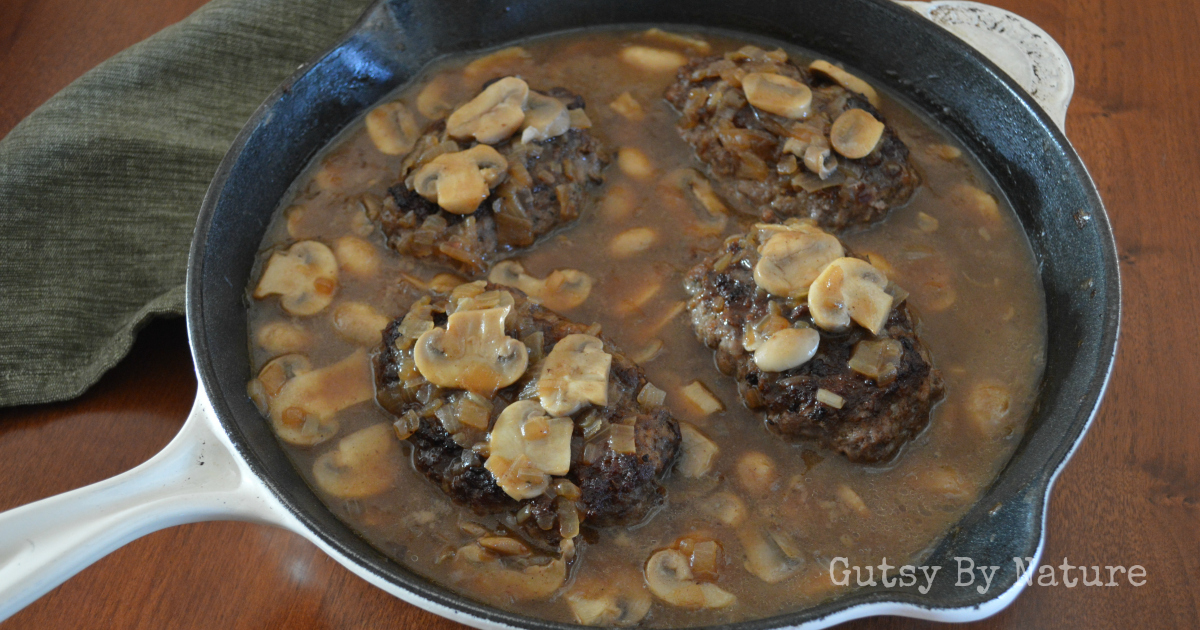 Ah, Salisbury steak! For ages I thought the only way it existed was as a bland frozen blob in a box and only recently discovered that there was such a thing as homemade Salisbury steak. Who knew? But sadly, many of the recipes one finds on the internet are built around highly processed and very unnatural ingredients and definitely not Paleo, much less meeting the requirements of a nutrient dense healing diet like the autoimmune protocol (AIP) or the specific carbohydrate diet (SCD).

So of course… I saw a need for a healing version of standard Salisbury steak and set out to fill it!

What is Salisbury steak?

While I thought Salisbury steak was an invention of the TV dinner industry, it actually dates back to 1897 and is named after an American physician. I was also surprised to discover that the USDA actually has specifications for what can be labeled “Salisbury steak” (a minimum of 65% meat, of which up to 25% can be pork, and the rest can be extenders and binders, including isolated soy protein – YUCK!).

This gluten-free and dairy-free recipe for the old TV dinner classic is more delicious than anything you ever had out of a box – plus it is made only from REAL food ingredients so your tummy will love it as much as your taste buds. Enjoy these Salisbury steaks with a side dish like cauliflower rice or mashed white sweet potatoes and a steamed green vegetable like broccoli to make a complete AIP meal. 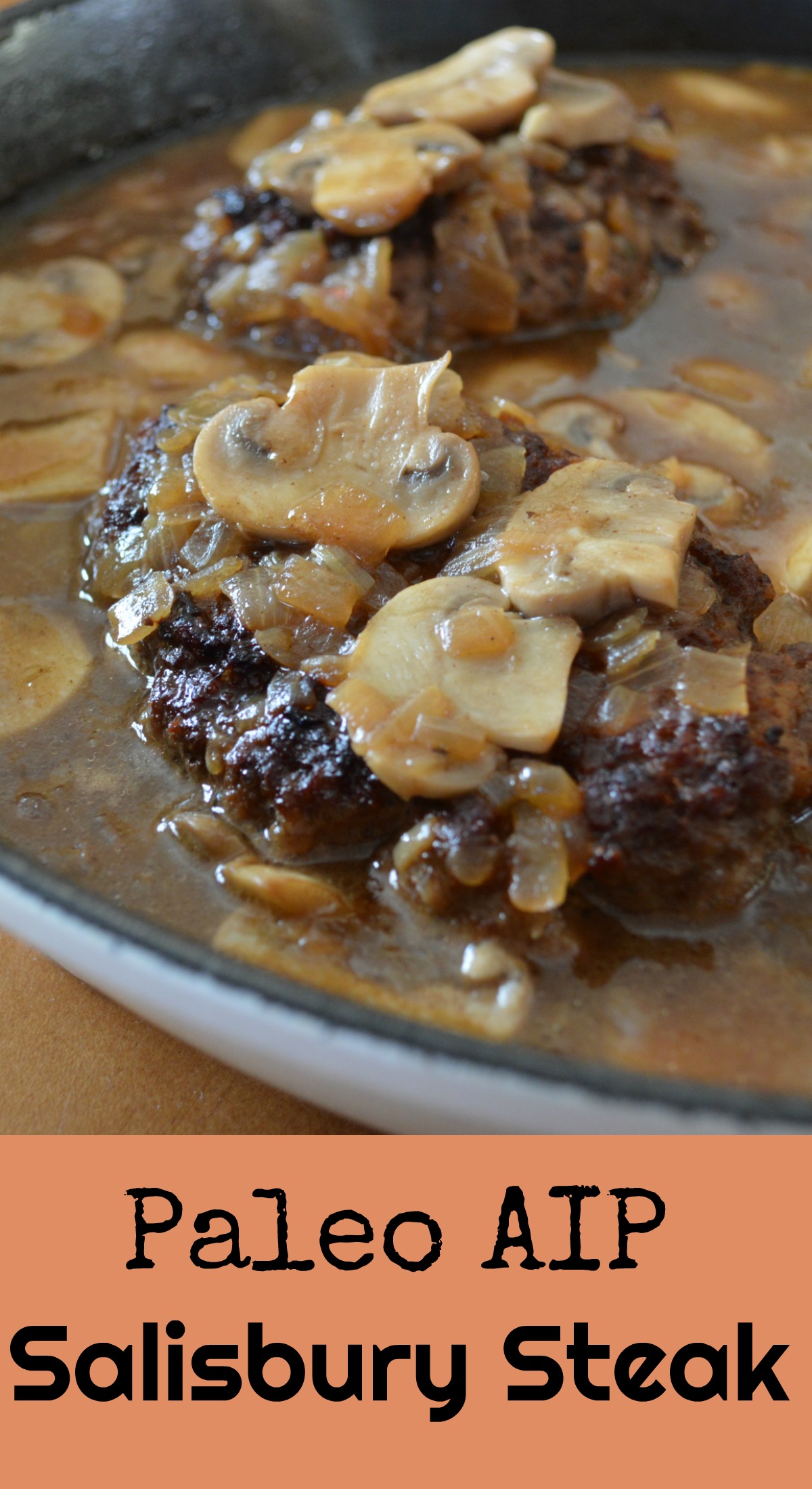 This looks delicious and sounds very budget friendly too – thank you!!

[…] In January I took a big leap without a parachute when I quit my corporate day job in order to be a full time nutrition coach and blogger. This meant letting go of the security of employer provided health care, perks like a company car and a retirement plan, and of course… a steady salary. But it also meant that I was now able to completely devote myself to serving clients, both in a one-on-one capacity and in groups, and producing great content – such as this recipe for Salisbury Steak! […]