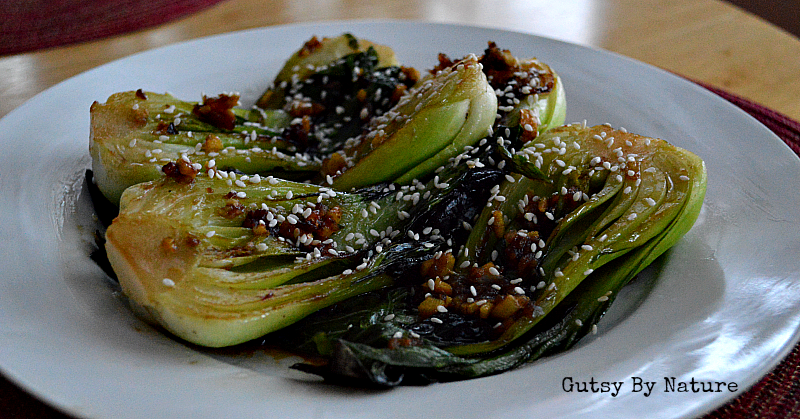 Bok choy (also spelled “bok choi” or “pak choi”) is a such a contradictory, complex, and delicious vegetable. When cooked properly, the stalks are creamy and have an underlying sweetness while the darker green leaves have an earthy flavor similar to chard or spinach. A member of the cabbage family, bok choy is a staple in Chinese cuisine, but most Americans have no idea what to do with it – including me, until it showed up in my weekly produce box and I had no choice but figure it out!

I borrowed the flavors from my recent beef with broccoli experiments for this recipe, giving it a distinctly Chinese flavor. Unlike with the beef recipe, I found that the fresh garlic and fresh ginger was far superior to the dried equivalent and added a nice texture to the dish as well. Using coconut aminos (buy here) makes it soy free and therefore paleo-friendly. It’s also a great dish for people following a low-FODMAP diet and the autoimmune protocol because bok choy is one of the vegetables on a relatively short list that is compliant with both healing diets.

This recipe is designed specifically for the younger and smaller baby bok choy and works best with bok choy that weigh no more than 4 ounces each. If you can only get larger bok choy, then remove one or two layers of the large outer stalks and cook them separately.

This paleo friendly recipe for baby bok choy uses Chinese flavors but is soy-free and gluten-free. 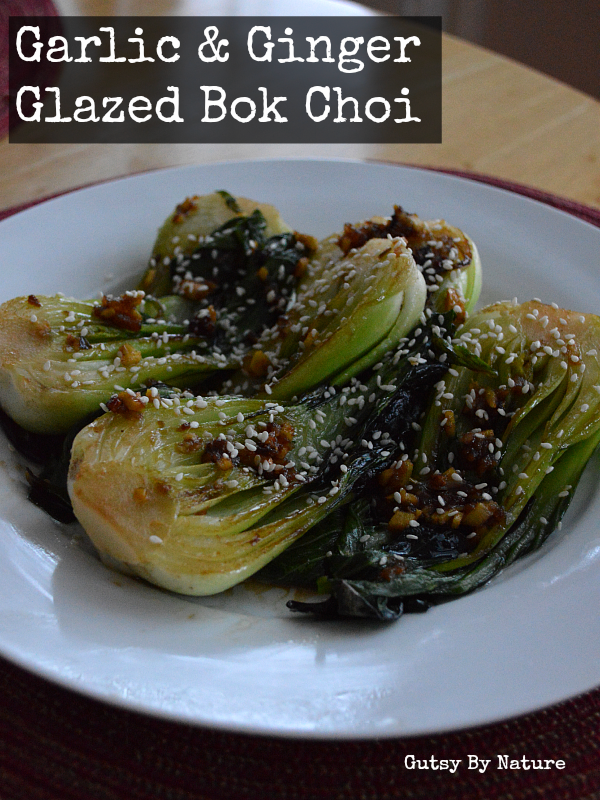 For AIP, should the sesame oil also be left out? Or is that OK?

Dana… Thanks for pointing this out. At the time I wrote the recipe, Sarah Ballantyne’s book wasn’t out yet and I don’t think there was any consensus on oils derived from seeds like sesame. I checked The Paleo Approach and she does say to avoid ALL seed oils, but they can be a stage 1 reintroduction.

[…] I modified other recipes for this meal and you can find the original recipes here: free/holdthegrain: beef and broccoli  and gutsybynature: baby bok choy […]

[…] I love how quickly it cooks and have been enjoying it as part of my breakfast skillet on many days, as a side dish like in this recipe from my archives, and in Asian-inspired dishes like the one […]

I love making this recipe. Great taste. It also works great stir fried. Thank you so much for sharing!